Pearl emmer, pearl einkorn and pearl spelt are included in the Bavarian Rice Original Grain Mix. All these species trump with a high mineral and nutrient content and contain a lot of protein. Emmer, which is also called Zweikorn, and Einkorn are among the oldest cultivated cereals of all. Einkorn has a slightly yellowish color, which is due to the high content of beta-carotene, and tastes sweetish-nutty. Chiemgaukorn uses only grains from its own organic fields in the Chiemgau region in its production. Sustainable field cultivation, i.e. crop rotation that ensures biodiversity, is an integral part of the concept. Additives such as preservatives or flavor enhancers are not used at Chiemgaukorn. The Bavarian rice was awarded gold in the competition “Bavaria’s Best Organic Products” in 2015 and is also used in high-class restaurants.

Unlike other cereal blends, soaking the grains is not necessary with Bavarian rice. In pearl grain, the outer layer is slightly roughened, which allows the water to be absorbed better and faster during cooking. Thus, in less than half an hour, a rice alternative ends up on the plates that can be used in the same way: for stir-fried rice, as a filling for vegetables, for fritters or risotto. The grains are boiled for 20 to 25 minutes with 1.5 parts and 2 parts of water or broth, respectively. With less liquid the grains become rather firm to the bite, with more rather soft. First boil the cereal, then close the lid and simmer over low heat until cooked. Season to taste and mix with butter or oil according to taste and allow to swell again briefly. 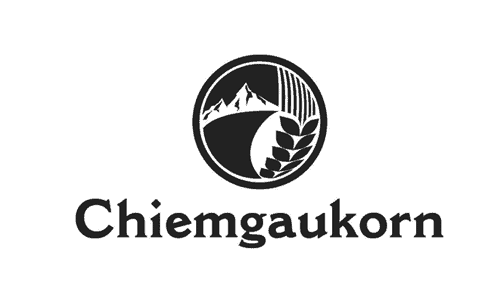 To the roots of the ear
For thousands of years, grain has been an indispensable part of our diet. The organic farming of Stefan and Julia from the Bavarian Chiemgau are completely dedicated to the cultivation of the golden field crop and produce sustainable and traditional products: Urkorn risotto, bread baking mixes, emmer brownies, Beluga lentils or an Urgetreide mix aka “Bavarian rice”. Chiemgaukorn returns to the roots of the ear. 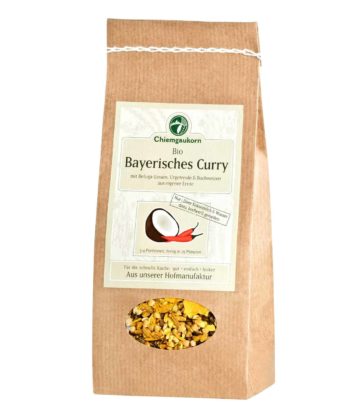 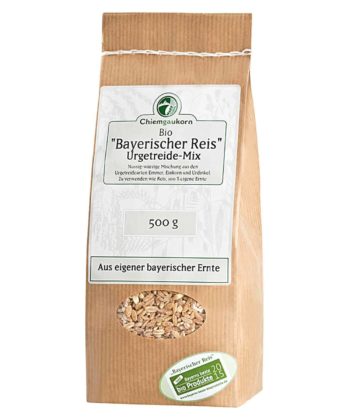 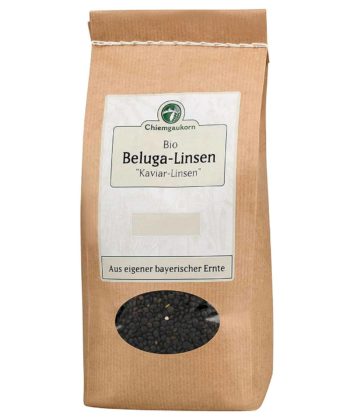 Beluga lentils are also called "caviar lentils" because they are black and shiny. They are also considered to have a particularly noble taste. 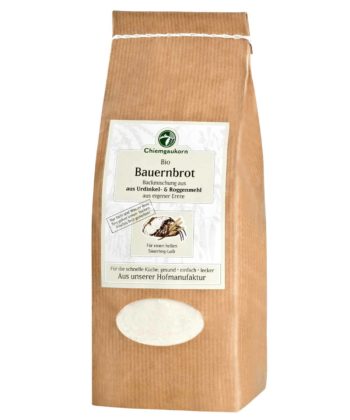 Baking mix for farmhouse bread based on organic original spelt and rye flour. 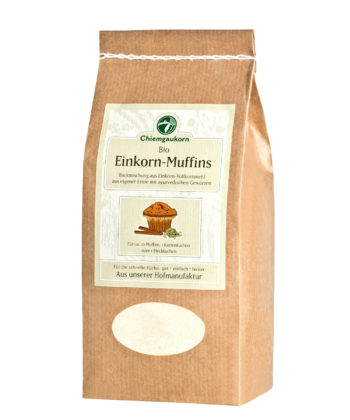 Baking mix for muffins based on organic einkorn wholemeal flour. 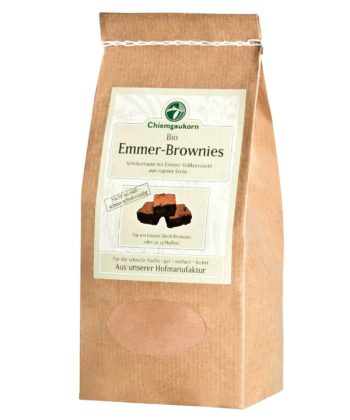 Baking mix for brownies based on organic emmer wholemeal flour. 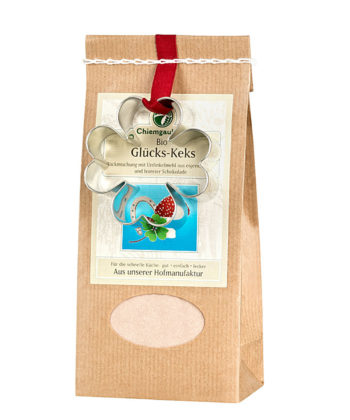 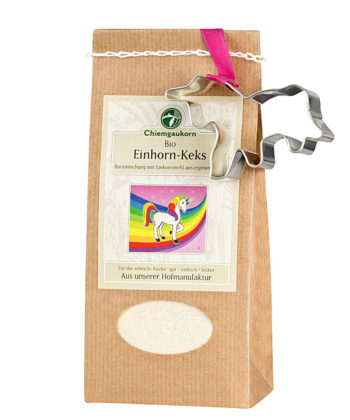 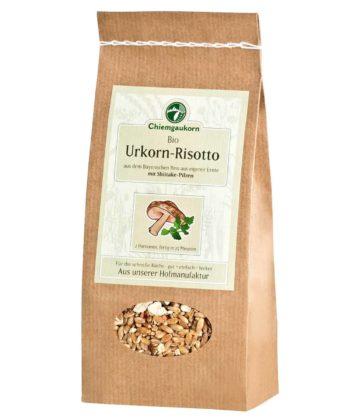 Risotto based on organic original grain, with shiitake mushrooms and herbs.